Victor Dike, Institute of Atmospheric Physics, CAS (part of the story appeared as an interview with Dike in Nature magazine) | 2022-08-09 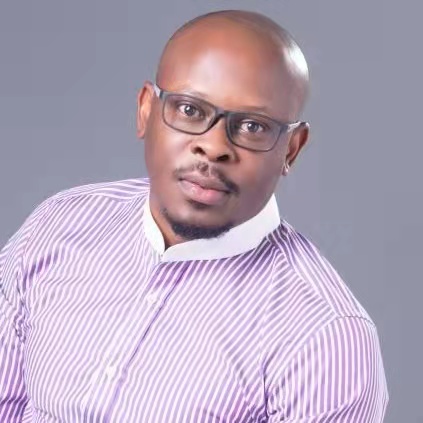 Victor Dike is a CAS PIFI fellow and a climate scientist at the Institute of Atmospheric Physics (IAP) of the Chinese Academy of Sciences (CAS) in Beijing. Here, he shares his tale of gaining two PhDs and conducting research at CAS.

Resources elsewhere can elevate your science

Earning one PhD is difficult enough — but there are the rare individuals who opt to swim extra laps in the stress pool to secure a second one. Some do it to carve out a distinct research niche for themselves, others to access resources that are unavailable in their home countries. Some might simply be overachievers. Victor Dike, as a 'double doctor', told Nature what he gained — and whether it was worth it. Here is his story.

As a requirement of my first PhD program, which was in atmospheric physics at Imo State University in Owerri, Nigeria, I did a three-month stint at the International Centre for Climate and Environment Science in Beijing. The centre had computing power that wasn’t available in Nigeria. I realized that I would need more technical skills in meteorology to stand out in climate research. During my initial visit, I was always in the laboratory, from 8 am to 11 pm — I wanted to get all the experience I could during my time in China.

I didn't plan to earn two PhDs. Before I returned to Nigeria, I learned about a Chinese Academy of Sciences program that grants scholarships to international students. In 2014, I applied, got funding and started my second PhD, which was in meteorology at the Institute of Atmospheric Physics at the Chinese Academy of Sciences in Beijing. Using climate models, I designed and implemented experiments to simulate how ocean conditions trigger extreme precipitation over West Africa and throughout the tropical climate region.

I don't want anyone to assume that my first PhD in Nigeria was 'not good enough'. I had incredible mentors who empowered me to find the resources to take my research to the next level. I had planned to return to Nigeria, but China had the supercomputers I needed to run complex weather models — so I, like many scientists, moved there to continue making progress in my field. Access to advanced equipment is a problem that will not be resolved without more effort. Once I earned my second PhD, I started a postdoc position in the same lab, where I continued studying extreme weather events on shorter, seasonal time scales.

I'm the only African in my 34-floor apartment building, but there are more than 500 Nigerian students in Beijing, mostly in science and engineering. We have social organizations and a group on the messaging app WeChat, which we use to discuss science, with subgroups for people in the same fields. I spend a lot of time mentoring other Africans.

I have learnt some Mandarin, but my lab mates prefer using English, so they can practice it. I have finished my postdoc, but I remain at the same institute with funding from the National Natural Science Foundation of China. My expertise is in predicting severe weather events, such as seasonal precipitation extremes in different parts of the world, to help authorities mitigate disaster risk.

My research experience as an early career scientist at IAP

With only a glimmer of hope of being selected, I applied for the CAS PIFI program towards the end of my PhD program at the University of the Chinese Academy of Sciences (UCAS) in 2018. Given the prestigious nature of the international fellowship, the selection progress is rigorous and competitive. When I learned that I had been awarded a CAS PIFI postdoctoral fellowship, I was overjoyed and my desire to continue my research at CAS was further strengthened. 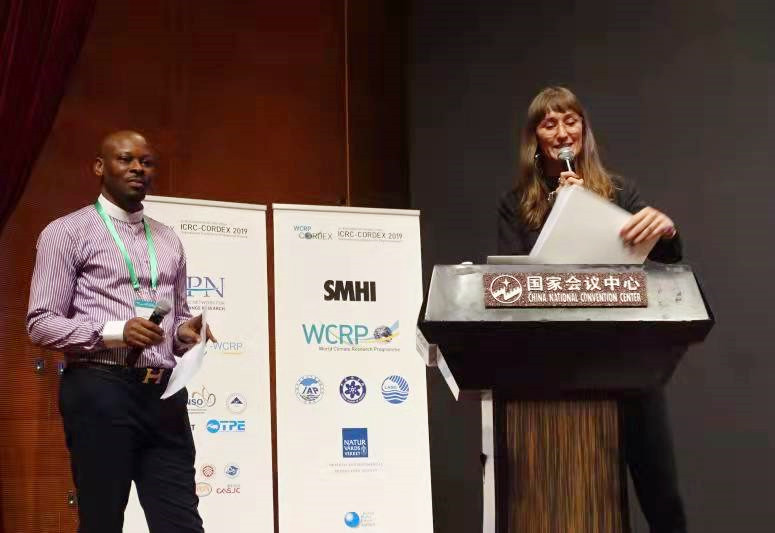 Under the continuous guidance of my PhD supervisor Professor Lin Zhaohui and the unalloyed support of his research team, I quickly settled in to pursue new frontiers inspired by my PhD research work. The favorable environment provided by the International Center for Climate and Environment Sciences (ICCES) of CAS’s Institute of Atmospheric Physics (IAP) made my PIFI postdoctoral research experience productive. I was able to broaden my research skills and knowledge while working with world-class scientists on related research topics. In particular, I had the opportunity to work with scientists in the CAS-ESM2-0 (Chinese Academy of Sciences Earth System Model version 2.0) simulations, a state-of-the-art model that participated in the World Climate Research Program, and in the Coupled Model Intercomparison Project version 6 (CMIP6). Different aspects of the work with the models constituted a major resource for my research.

Given that ICCES doubles as the CAS-TWAS Centre of Excellence for Climate and Environment Sciences, it has the mandate to build scientific strength and drive innovations in the developing world. The enabling environment facilitated my exposure to international research collaborations with scholars from the developing world and provided an ample opportunity to pursue my passion for community service. For example, I was able to participate in the review of the recently published IPCC report and helped organize early career scientist events during the 2019 International Conference on Regional Climate and the CAS-TWAS-WMO Forum (CTWF). I played an active part in early career scientist networks and through our concerted effort helped tackle the obstacles facing Africa's young climate scientists.

The focus of my postdoctoral research work is on deepening our understanding of the impact of Trans-Atlantic-Pacific Ocean Dipole (TAPOD) on summer precipitation extremes over West Africa. The PIFI fellowship gave me the opportunity to participate actively in several related projects led by my supervisor Professor Lin, which further strengthened my research capabilities. To cap it all, my application to the Research Fund for International Scientists was recently approved by the National Natural Science Foundation of China (NSFC). Undoubtedly, the PIFI postdoctoral fellowship has nurtured me into the scientist I always dreamed of being while conquering the fears I had as an early career scientist.

Accordingly, I feel so indebted for the support I have continued to receive from CAS, and especially from the wonderful staffers at CAS's Institute of Atmospheric Physics. In fact, the warmth with which I was welcomed when I started my PhD research work at the institute many years ago hasn't ceased. I would describe my stay in Professor Lin's group as a delightful experience. I must admit that the PIFI postdoctoral fellowship has sharped my research skills and helped me gain more research experience. I am now better prepared to handle independent research. In addition, as my research colleagues and students have also gained from my innovative mindset, we have had many success stories and have continued to challenge new frontiers in our research endeavors.